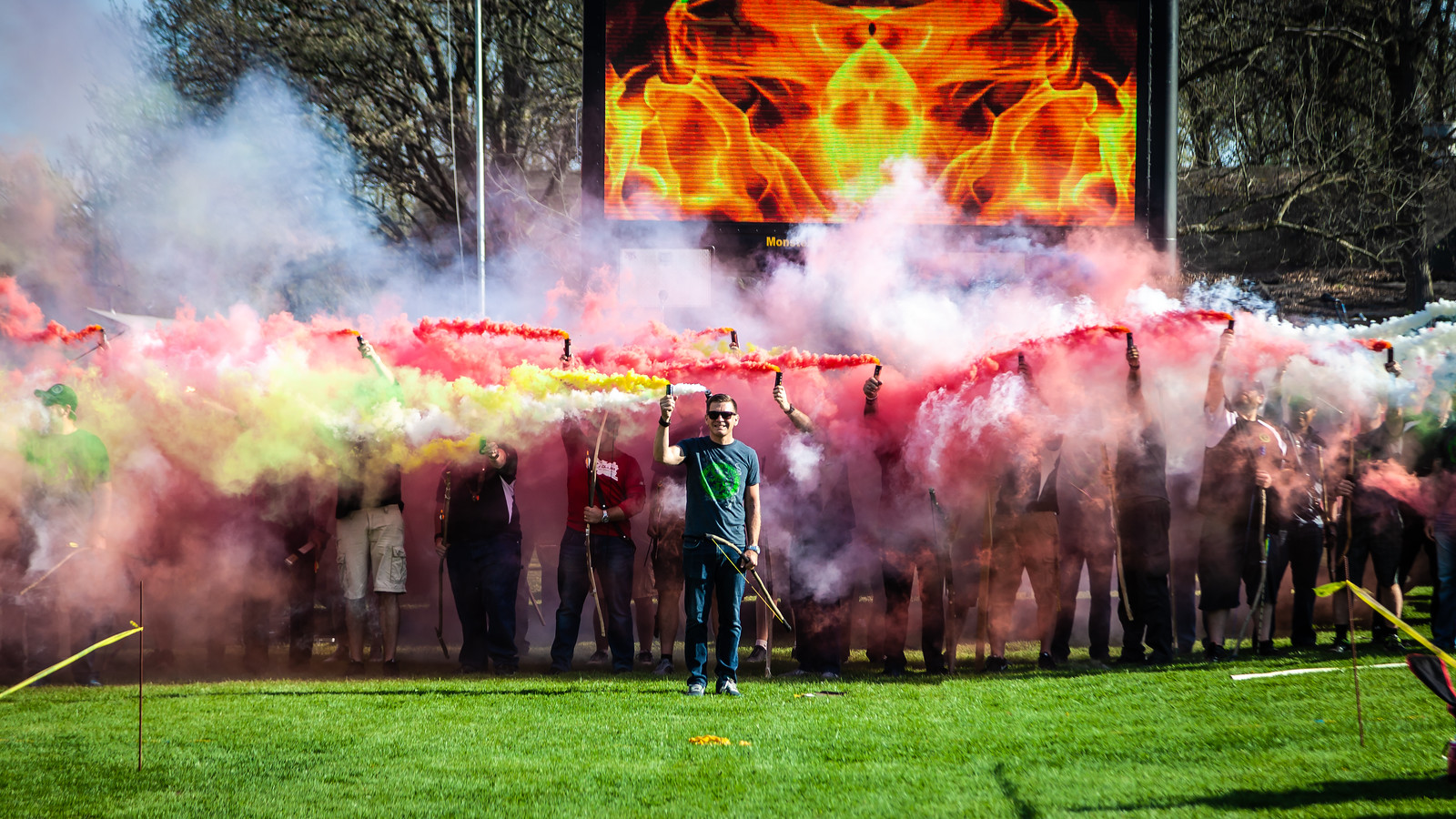 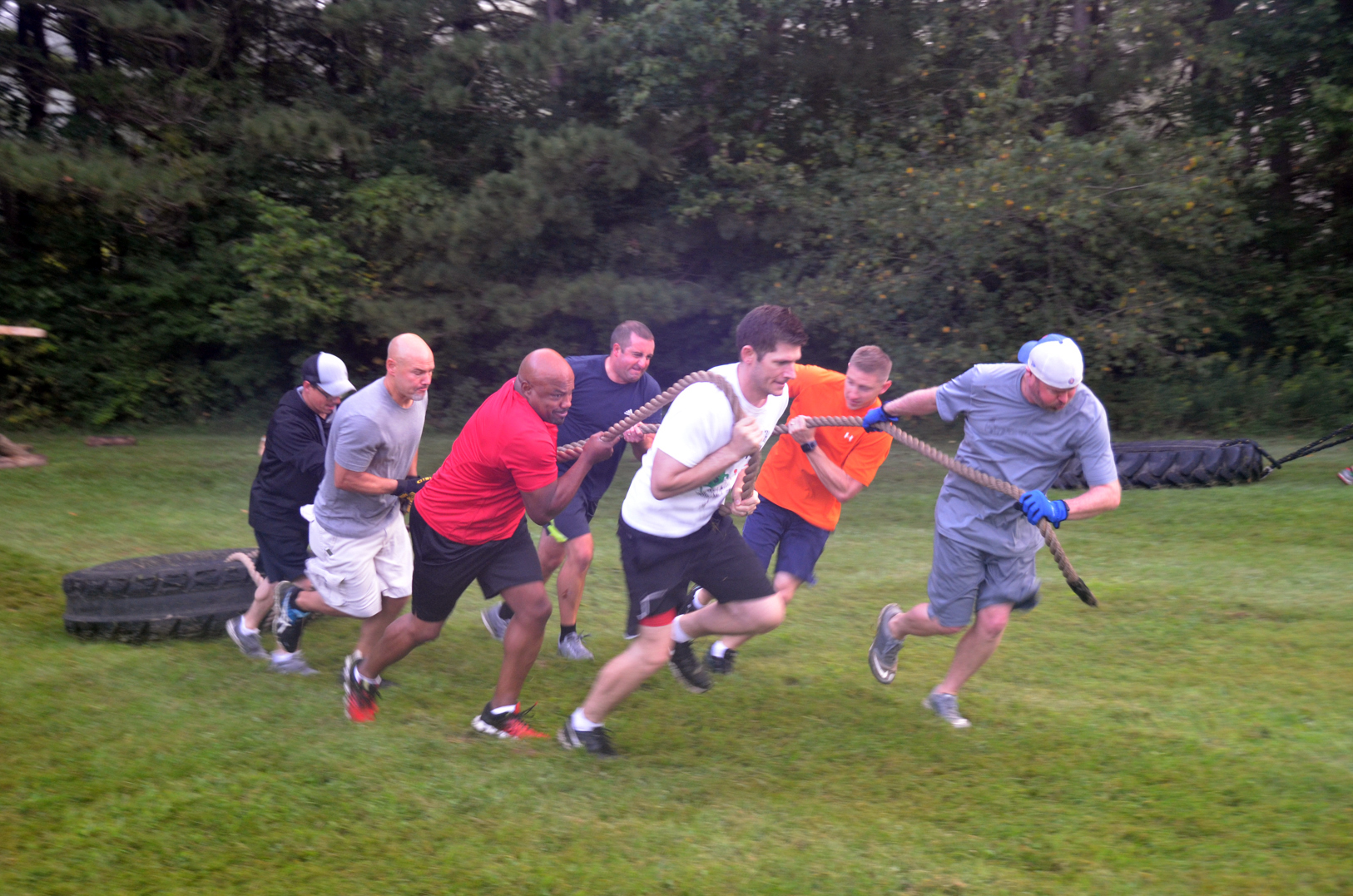 ”“With so many men fleeing the Church and shirking their responsibilities as husbands, fathers, friends and brothers,” says Jim, “something needed to be done.”

Jim Brown from Goshen, IN at Grace Community Church, started Fight Club in 2011. He has since made it available to church’s who want to be a franchise in the Fight Club movement, and develop their men into Godly men.

So many men are asleep, and there are many Christian programs that are floundering in their attempts to wake them from their discontent. Jim saw a problem, made an innovative solution and is sharing it with the world. Fight Club is uncommonly effective because it awakens men’s innate identity as fighters, helps them fight for the right things, and opens up the possibility for men everywhere to discover the strength of who they really are in God’s eyes.

Despite their best efforts, the Church as a whole is failing in most of their attempts to reach men. They are missing the key ingredients that draw a typical man. Jim would tell us that these missing ingredients are camaraderie, competition and challenge.

Read the Whole Article Below

The first rule about Fight Club is that you don’t talk about Fight Club. But in Goshen, Indiana at Grace Community Church, a faith-based Fight Club was started in 2011 and it is something that needs to be talked about.

This is not Fight Club, the novel by Chuck Palahniuk, nor is it the 1999 movie with Brad Pitt based on the novel, or even “Fight Church,” the documentary in which guys are getting in the octagon and knocking each other upside the head in the name of Jesus. No, this Fight Club offers a much different approach to solving the problem of man’s ailing discontent.

In his experience as Pastor at Grace Community Church, Jim Brown saw a problem with men and decided to act. He believes men have all but left the scene—and many actually have left the scene. There is an eroding of true manhood, according to Jim, that is affecting homes, schools, workplaces, churches and communities in negative ways.

“With so many men fleeing the Church and shirking their responsibilities as husbands, fathers, friends and brothers,” says Jim, “something needed to be done.”

And despite their best efforts, the Church as a whole is failing in most of their attempts to reach men. They are missing the key ingredients that draw a typical man. Jim would tell us that these missing ingredients are camaraderie, competition and challenge.

“These things run in our blood,” says Jim, Fight Club’s founder. “From boyhood, this is our native language. Every man is intrinsically looking for these three things and Fight Club employs these concepts to accomplish their mission to: AWAKEN Christian men from mediocrity, STRENGTHEN them emotionally, intellectually, physically and spiritually, RESURRECT true masculine community and MOBILIZE them for maximum impact in their families, churches and communities.”

“Don’t be that guy!” are the words that inspired Jim Brown and his team to design Fight Club, a 10-week journey where men are required to complete weekly challenges within the context of community and accountability. These challenges change weekly and cover spiritual, relational, and physical assignments. There are many opportunities to try something new: sometimes intimidating, sometimes just-for-fun. Tasks include physical workouts, relational activities with loved ones, memorizing scripture and other Bible reading, nutritional challenges that focus on self-control, and other activities that are specifically designed to take men out of their comfort zone.

Prior to the start of the 10-weeks together, men who join are asked to sign the Fight Club Creed and commit to living by the Fight Club Guidelines. But not everyone will graduate because, though the journey is priceless, the path is extremely challenging; a 3-strike rule applies to all challenges.

Along with the design of the 10-week journey, Jim felt led to develop a resource that would allow churches everywhere to implement Fight Club so that they too could experience the life change they were seeing.

So, Jim and Grace Community Church made it possible for others to benefit from their hard work and planning. They allow other churches to purchase this programming packet and thus become a franchise of Fight Club, so long as they abide by the Creed and Guidelines. There are now Fight Club franchises in several states throughout the country, as well as at least five charters outside the U.S. Filled with ideas and guidance on how to implement, logos and more, “this is not your typical discipleship packet,” says Jim. “This resource is made for men, by men, to reach men.”

By now, you might be thinking, “Isn’t this just a modern day ‘He-man woman haters club?’” The simple answer is no! Fight Club draws its name from Nehemiah 4:14: “After I looked things over, I stood and said to the official, the nobles, and the rest of the people, ‘Do not be afraid of them. Remember the Lord, who is great and awesome, and fight for your brothers, your sons and your daughters, your wives and your homes.”

Men who take on the challenge aren’t pounding and puffing their chests like Tim “The Tool Man” Taylor asking for more power, but there is plenty of huffing and puffing as guys catch their breath after workouts throughout the 10 weeks.

“This is no macho, Bear Grylls, survival of the fittest competition: this is men challenging men to be better husbands, better fathers, better friends, better leaders and all around better examples of what Godly men look like.”

As Jim captures, “to turn the tide on mediocrity and cause men to stand and say ‘not on my watch!’”

One franchise, in particular, has been crucial in broadening the effectiveness of Fight Club. Located in central Indiana, this franchise works under the name FC414.CLUB. The founders, Bob Loy and Matt Zappasodi, do not work for a church and have taken a slightly different approach than other Fight Club franchises. They witnessed how incredibly impactful Fight Club can be but recognized that some churches do not have the size, time or resources to implement the program. So, they invited men from all over the region to join in. FC414.CLUB began their first round of 10 weeks with 30 men representing a handful of churches. Three years and seven rounds later, there are nearly 80 churches represented by over 500 men.

“We are not looking to steal men from churches,” says Matt, “but want to train them up over 10 weeks so they can go back and be impactful in their local church and family.”

So many men are asleep, and there are many Christian programs that are floundering in their attempts to wake them from their discontent. Jim saw a problem, made an innovative solution and is sharing it with the world. Fight Club is uncommonly effective because it awakens men’s innate identity as fighters, helps them fight for the right things, and opens up the possibility for men everywhere to discover the strength of who they really are in God’s eyes.

Article From – Justin Masterson on Multiply Magazine. Justin is a former MLB all-star with the Cleveland Indians, a multiple-time Fight Club graduate, and a Multiply Magazine contributor. He resides in Indianapolis with his wife and three kids, and most of all loves Jesus!
Momentum No Comments
Next Post