So You got invited to FIGHT CLUB™. Let me tell you a story of a guy who was invited a few rounds ago, probably a little bit like yourself.

A few days before Kick-Off, he got a text, with a website link. His name is Brian. Brian showed his wife, and asked her what she thought. She laughed, and said, “Looks like fun, you should try it.”
He decided to give it a try, but he came alone. Simply, because he wanted to bail if needed. Going somewhere at midnight, with a dude you barely know, isn’t always good practice.
So Brian, drove across town, to an event that started close to midnight. In the Dark. Without ever being to this location before, he pulled in not knowing where to go. Riding shotgun he has his ‘go bag’, semi-excited, semi-worried, he trys to remember if he packed everything he wanted, flashlight, change of clothes, cash. He thinks, how much running are we going to do? Should I have worn different shoes?
He Sees a guy standing in the parking lot waiving him over. He roles down his window, both anticipating someone to say something first. And the man in the parking lot says, “Are you here for Fight Club?”
Brian smiles, and says, “yes, yes I am.”
This is enough power and adrenaline to reassure him he made the right decision.

Just one comment. Just one hello. You know you are somewhere you want to be.

He drives up to the building, and gets out, throws on his backpack, and takes a look in the side mirror…and asks, what am i doing… 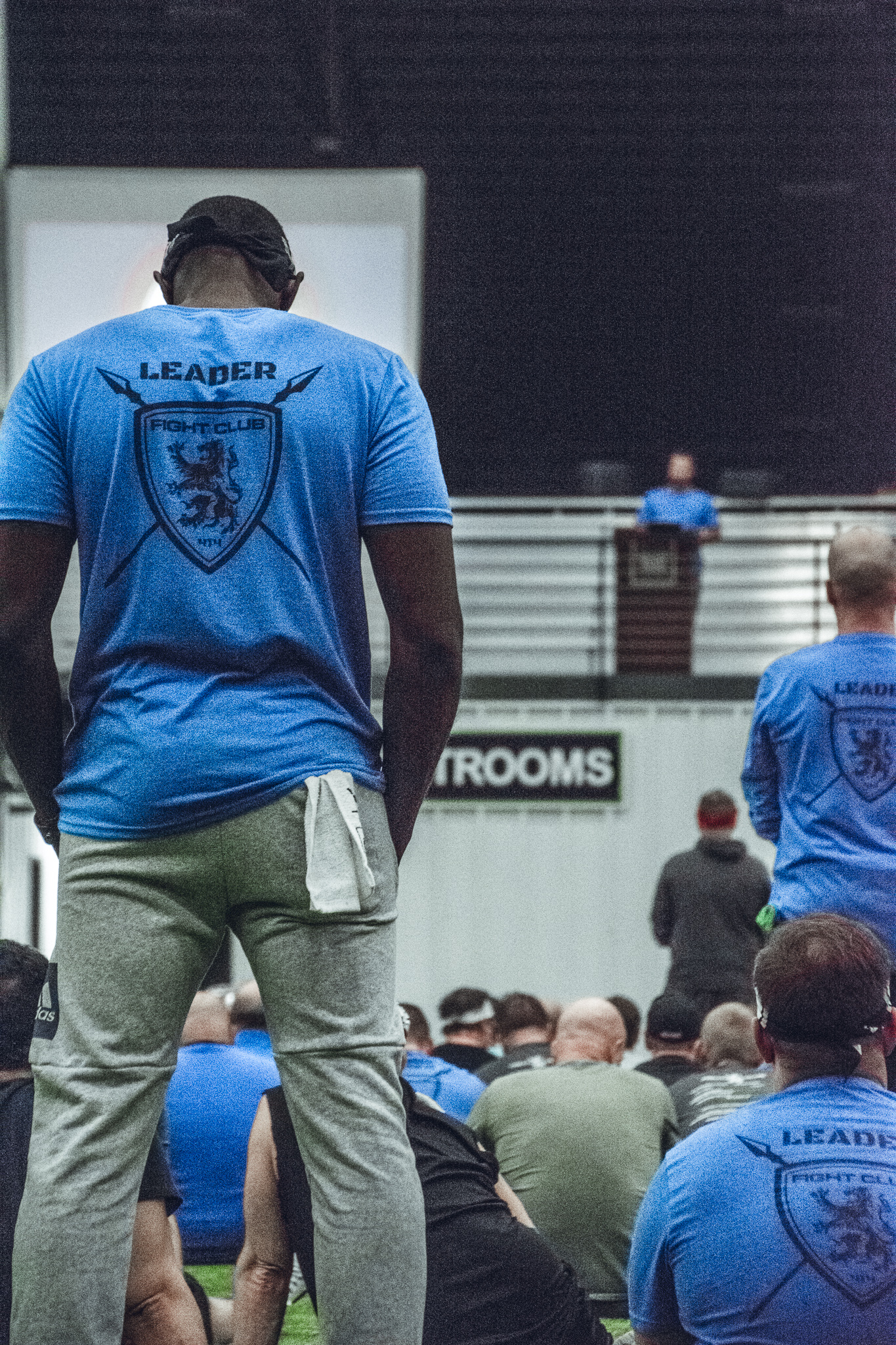 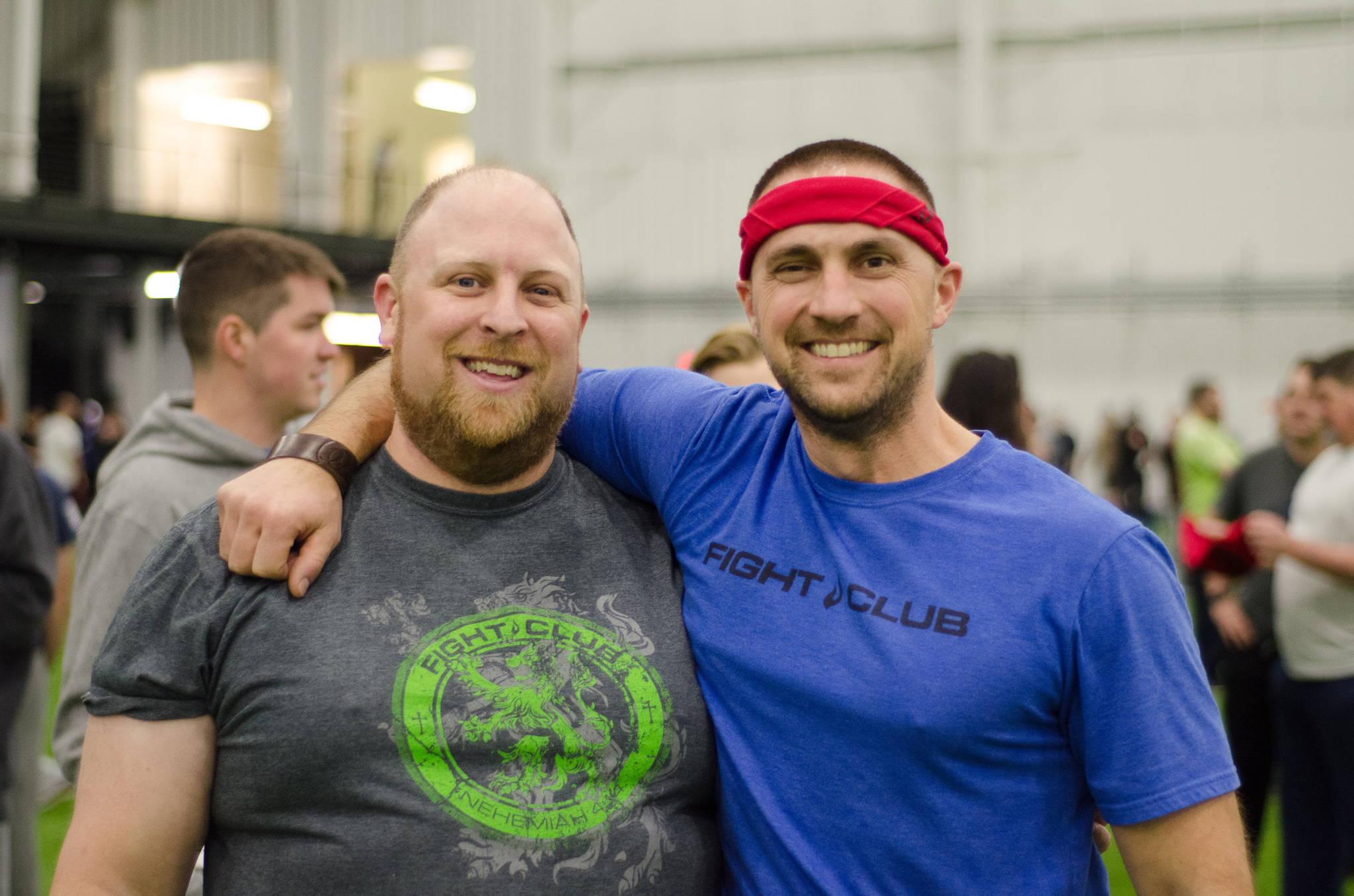 As he gets closer he hears the music thumping. And he is greeted by 4, no 6, maybe 10 men. Who each, shake his hand, and say. “Welcome to Fight Club.”
Now with a bigger smile, this is enough motivation and inspiration to fill his deep hole of loneliness, and indifference for the future. See Brian, is just like you, looking for something beyond the cubicle and the mundane. He doesn’t have real connection outside of video games, and James Bond movies. The occasional gym conversation is barely enough to get him to come back.

As he walks in, and sees a sea of men, all with the same look on their face, in awe, and wonder, like the middle schooler who finally got invited to the cool kids party.
Whatever comes next he realizes, whatever they are selling, that he wants it. And he knows deep down he needs it.

Men know what they need, but they don’t have the tools or mentoring to get it. Our boys get lost somewhere between adolescence and manhood. So when we become men, we just “figure it out”, and as you know…we men don’t always figure it out well. So many traits are acquired, studied, learned, or even absorbed, being refined to be good, or even great. But there are many characteristics, and scars, and bruises, that are formed by pride, ignorance, defiance, and outright selfishness. Fight Club is about finding the best version of you. It is about Fighting for what is right, and learning what that is again. 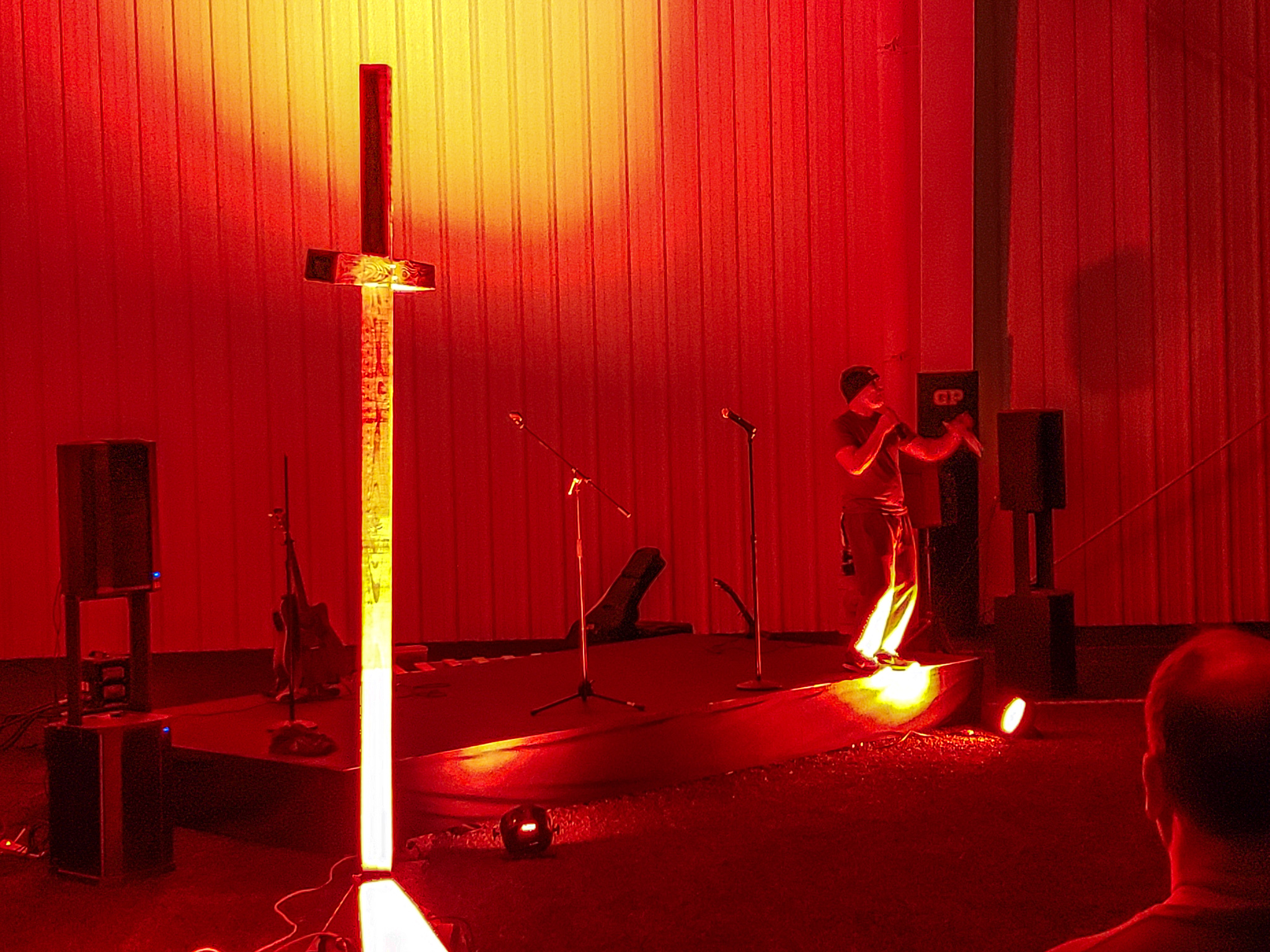 THANKS TO GRAND PARK EVENT CENTER for allowing us to use their AMAZING facilities! If you ever need a space to impress your next end of year business gathering, sports conference, sports training, or any other large indoor venue, don’t hesitate to look right in our back yard at GRAND PARK in Westfield, IN.

This website was built by Get Dynamics who specializes in Small Business Software.

Business email by G Suite, you can be too, click below for a free trial through Get Dynamics.

Business Software and CRM by ZOHO ONE, click below for a free trial through Get Dynamics.

FC414.club is available in person to anyone in Central Indiana, and online anywhere. FC414.club is managed and organized through the Fortress Foundation, a 501(c)(3) organization in Fishers, IN.