We will be hosting a non-official MURPH Workout at Northview Church Carmel Campus. Just show up at the Student Center, and get ready to get after it! It is okay if you can’t do the official MURPH. Plenty of people will want to do modified versions. So you can team up! We will start around 8:30-8:45 as a group so get there and get warmed up!

You can go to themurphchallenge.com and order a shirt to support their Foundation and Charity. No need to RSVP. Just show up! 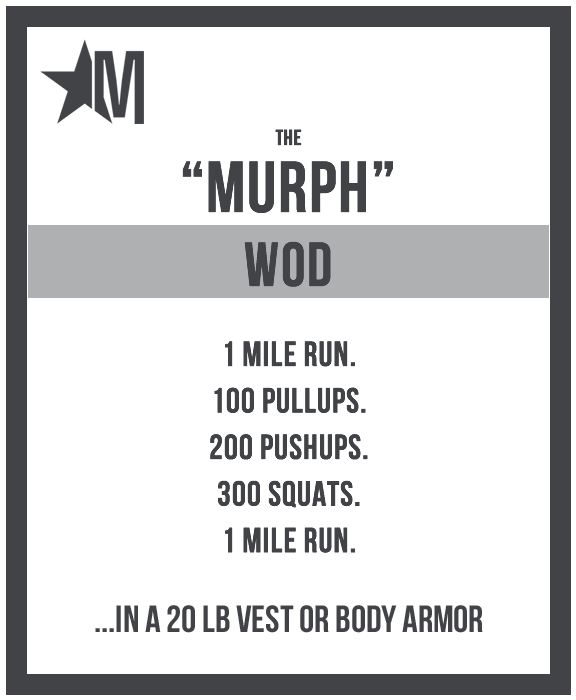 History and Excerpt from FORGED and THE MURPH CHALLENGE:

LT. Michael P. Murphy, fondly referred to by friends and family as “Murph,” was born on May 7, 1976 in Smithtown, NY and grew up in the town of Patchogue on Long Island.

Murph attended Penn State University, where he was an exceptional all-around athlete and student, excelling at ice hockey and graduating with honors. He was an avid reader; his reading tastes ranged from the Greek historian Herodotus to Tolstoy’s “War and Peace.” Murph’s favorite book was Steven Pressfield’s “Gates of Fire” about the Spartan stand at Thermopylae.

In 1998, he graduated with a pair of Bachelor of Arts degrees from Penn State — in political science and psychology. Following graduation, Murph was accepted to several law schools, but instead he changed course. Slightly built at 5 feet 10 inches, Murph decided to attend SEAL mentoring sessions at the U.S. Merchant Marine Academy at Kings Point with his sights on becoming a U.S. Navy SEAL. 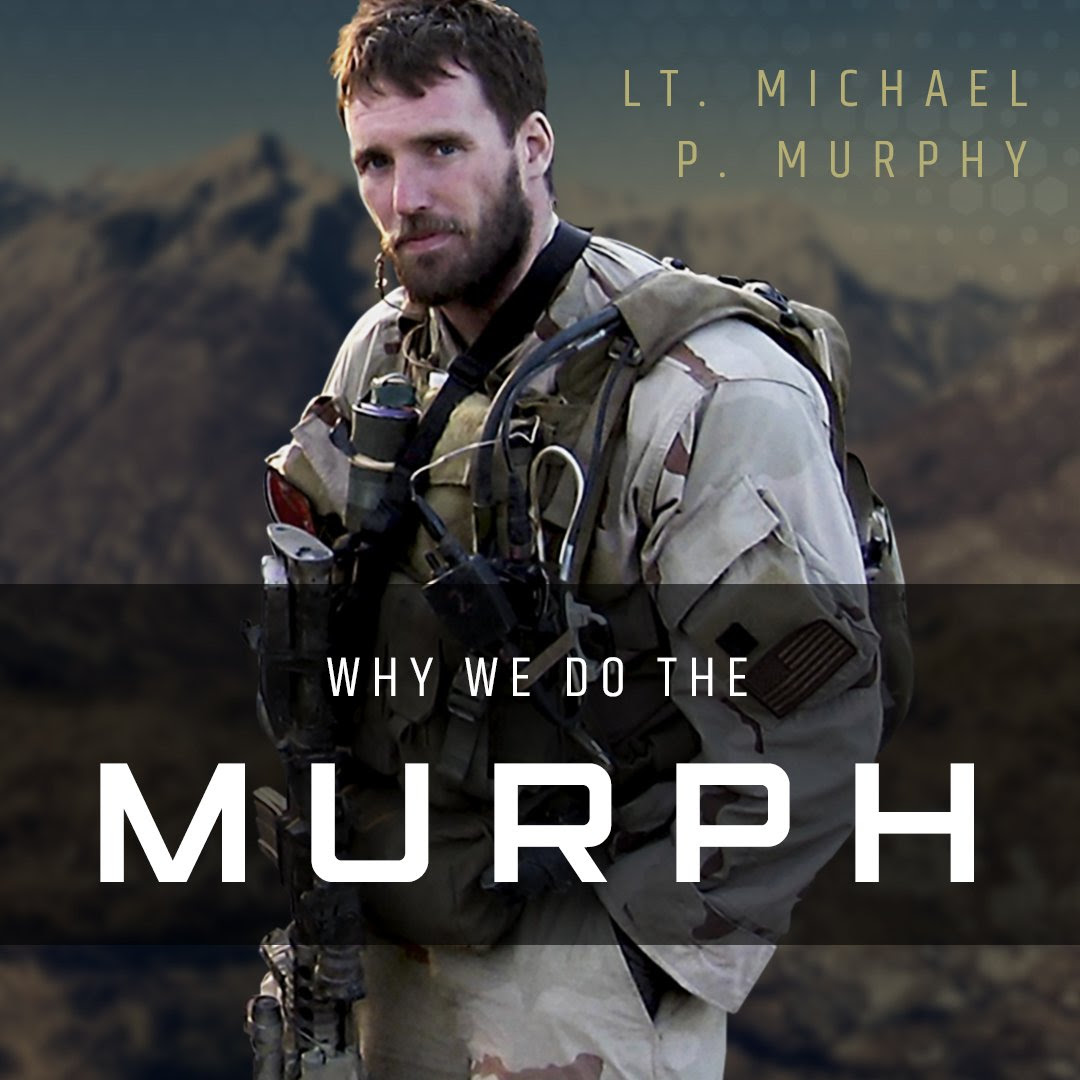 On June 28, 2005, LT. Michael P. Murphy was the Officer-In-Charge of a four-man SEAL element in support of Operation Red Wings. Shortly after inserting into the objective area, the SEALs were spotted by three goat herders who were ini

tially detained and then released. It is believed the goat herders immediately reported the SEALs’ presence to Taliban fighters.

A fierce gun battle ensued on the steep face of the mountain between the SEALs and a much larger enemy force. Despite the intensity of the firefight and suffering grave gunshot wounds himself, Murph is credited with risking his own life to save the lives of his teammates. By his undaunted courage, intrepid fighting spirit and inspirational devotion to his men in the face of certain death, Murph was able to relay the position of his unit, an act that ultimately led to the rescue of Marcus Luttrell and the recovery of the remains of the three who were killed in the battle.

“The Murph Challenge is a HERO WORKOUT consisting of a 1 mile run, 100 pull-ups, 200 push-ups, 300 squats, and ending with another 1 mile run. It was the favorite workout of Naval Special Warfare Operator LT. Michael P. Murphy, killed in action during Operation Red Wings (Afghanistan 2005), as part of the ongoing Global War on Terrorism.

As a kid, I had heroes like Batman who fought to protect Gotham from the sinister architects of chaos and destruction. And then I grew up and learned the world had real villains and real heroes — heroes like Navy SEAL Mike Murphy, who represent a special breed of men that run towards and not away from danger; men who are willing to bring the fight to the enemy’s doorstep before they can bring it to mine or yours.

I wish the general public could understand the sacrifice and dedication it takes just to qualify to be the man who is at the tip of the spear; the man who is then tasked to hunt down the bad guys of the world — to break down a door and confront a man with a gun who has trained his entire life to kill you.

I don’t know Batman’s favorite workout but this is Murph’s. And it’s an honor to work out in the shadow of a true badass like Mike Murphy. Go out and GET SOME y’all.” – Mencius Hicks 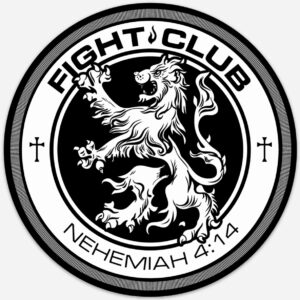 Dates and locations subject to change